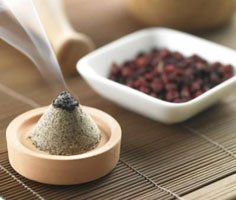 Moxibustion in the Treatment of Breech Baby

Moxibustion is a technique commonly used in Traditional Chinese Medicine.  This ancient treatment modality dates back thousands of years.  Today moxibustion, or “moxa” for short, is used for a variety of applications.  Commonly, moxa is used to treat pain conditions such as arthritis, menstrual cramps, digestive disorders, and very often in my clinic I use moxibustion to turn a breech baby.

In an optimal situation, the baby would settle into the pelvis in a head down, anterior position sometime between 34-36 weeks into pregnancy.  Some babies have other plans and flip around until later in pregnancy, sometimes ending up in a breech position making delivery difficult.  Oftentimes, the mother is faced with having a version procedure or scheduling a caesarean.  The good news is there is another option, Chinese medicine can help.  In fact, it’s quite effective in turning breech babies.

How Does Moxibustion Turn Breech Babies? The moxibustion procedure involves burning a Chinese herb called ai ye, or Artemisia, on a particular acupuncture point on the foot.  The moxa is done daily for 20 minutes on each point.  Typically during and after treatment, the baby becomes more active.  There is a cumulative effect and in some cases it may take several days before a significant increase in activity is noticed.  It is important to follow up with the doctor or midwife to determine the current position of the baby after moxibustion treatment.

Research has shown the best time to treat a breech presentation is at 34 weeks but the treatment can also be effective as late as 38-39 weeks.  The clinical studies done on moxibustion for turning breech babies shows a success rate 75-81% compared to the control groups 47-49%.  It is not too late to try moxibustion to turn the baby if the baby only goes breech in the final weeks of pregnancy.  Women who have been pregnant before have a greater likelihood of the treatment succeeding when done later in pregnancy.

Moxibustion and acupuncture can help turn a breech baby but they can also be used to help position the baby to the optimal posterior position for birth.  These techniques are gentle and safe for both mothers and babies.  So if your baby isn’t in the right position for delivery, consider acupuncture before scheduling a more invasive procedure.